Whispers from a Jordanian watershed

The year is 2050. People and planet are thriving in peace and prosperity. How did we get here? A world where all the Sustainable Development Goals of 2030 have been realised. This series of illustrated stories imagines ‘visions of water’ inspired by real world projects and partners of SIWI. We imagine a future when we have recognised the unseen powers of water. The first vision in the series explores the power of water to collate peace.

People’s relationship with water in places with very little water also determines their relationship with each other and the environment. Such regions also harvest water to avoid droughts. Droughts are often thought to be causes of conflict and require early response.

A water harvesting structure built in 2021 in the Azraq basin of Jordan has helped establish lessons about how to strengthen local municipalities for water management.

The structure, known as MAR – Managed Aquifer Recharge, was based on old local knowledge about flood lines, where water enters from a natural flood channel – a naturally occurring depression in the land which soaks and holds water before it moves on to the other end of the channel.

A study from 2003 showed that countries had never been to war over water. At the time this was contrary to popular belief. This trend has continued until today in 2050. Time and again, countries have cooperated and signed treaties to resolve conflicts over water distribution.

Until 2030, Jordan was the second most water scarce country in the world. In an interview with SIWI in 2021, Sami Tarabieh of UNDP Jordan, who contributed to the watershed project, noted: “Despite this [water scarcity], 14% of Jordan’s water is shared with Syrian refugees. A higher portion of the population is living among host communities rather than in refugee camps. We carry shared values, which brings us closer.”

The MAR project of the Azraq basin has lived 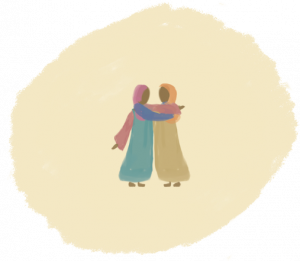 up to the hope of nurturing this unique relationship. Measurements from the first five flood seasons after its construction, indicated that the structure was fit for replication in other highly water stressed regions of Jordan. Six unique sites were identified by the project. Today in 2050, the project has acted as early measure to push back droughts. The fact that there is a continued supply of water, has defended peace among the population.

Countries may not have been to war over water but the late 2020s saw raging water stress in several parts of the world. During the decade, more than 60% of the population of the Middle East and North Africa region lacked access to drinking water. Extreme events triggered by climate change and the ongoing impacts of the Covid-19 pandemic had worsened existing unrest in the region.

A study co-authored by SIWI  warned of armed non-state actors taking advantage of vulnerable communities with lack of access to water for sanitation and hygiene, to expand their activities. As a result, states with unstable economies and weakened governance that failed to provide access to safe water could experience an unpredicted chain of reactions.

Panchali Saikia of SIWI, one of the authors, said that “such crises can become a recurring cycle unless we include perspectives and leadership of local communities across different groups from the very start.” She emphasised the importance of involving women, and support to women-led organisations, to prevent the radicalisation of vulnerable groups.

The MAR watershed project brought the promise of peace and the revival of the relation of humans with nature. While recharging aquifers with groundwater, it has also helped to establish ownership of local municipalities over water management in the region, as opposed to a centralized approach of the past.

On a regular day in the Azraq Jordan basin in 2050, one can see the coming and going of people and animals, and most importantly, the relationships it cultivates. Positive trends continue from the extensive monitoring that was carried out in the past. Migratory birds see it as a resting ground. Some people come just to watch birds. Others bring their cattle with them. They stop by to rest inside tents by the watershed.

The conversations are like whispers and stories never heard before. As one man stops to rest in a tent, his thirsty camel drinks from the pond. Seeing a familiar face the man says, “Welcome back. It is such a joy to see you. The family has missed your food. Please let us have the pleasure of hosting you. The days of the refugee camps are long gone.”

‘Visions of water – seeing the unseen’ is a series of illustrated stories that imagines our world in 2050. The second piece in the series speaks about the power of water to achieve gender equality.

Building a stronger and more climate resilient WASH in Chad