After three years of working as members of the technical expert team on quality supporting the implementation of the EU-China Environmental Sustainability Programme, SIWI’s Jenny Grönwall and Josh Weinberg reflect and share lessons learned.

When China declares a “war on pollution” it is a clear indication of the determination to solve the country’s environmental challenges. SIWI’s part in the fight began when it was commissioned in 2013 to support the efforts to meet targets set in the 12th Five Year Plan, the road map for China’s development from 2010 to 2015. The 12th Five Year Plan included new targets for curbing pollution and increasing investments in water management and infrastructure.

Our small part on this greater mission was to advise on how to translate EU experience and expertise in environmental management into the Chinese context and how to apply learnings from three specific projects implemented within the EU-China Environmental Sustainability Programme (ESP) into relevant guidance to support the implementation of national policy.

The EU–China Environmental Sustainability Programme (ESP) was a 9 million Euro EU-funded project, implemented from 2013 to 2016. It was initiated by the Delegation of the European Union to China, the Ministry of Commerce, and the Ministry of Environmental Protection. The project aimed to introduce advanced European technology and experience into pollution prevention and control and to support key areas in China’s efforts to improve overall environmental quality. It consisted of nine sub-projects, divided into water management, solid waste management, and heavy metal pollution prevention. Over 40 Chinese and European organizations were involved in the implementation of the project. It also featured one over-arching project that facilitated policy support and networking between the projects that was co-implemented by the Ministry of Environmental Protection, GIZ, UNIDO and SIWI.

During the implementation of the ESP programme the Chinese State Council released three Pollution Prevention and Control Action Plans, on air, water and soil – one of these was the “Water Ten” Plan. Water Ten helped to focus everyone’s work on the national roll-out of the action plan working towards achieving improved water quality across the country.

Recommendations on water quality management, largely in support of the implementation of Water Ten were provided through a policy report SIWI co-authored with the Chinese Academy of Environmental Planning and the Foreign Economic Cooperation Office of the Ministry of Environmental Protection. The recommendations were presented and directly discussed with Ministry staff responsible for oversights of its implementation nationally. 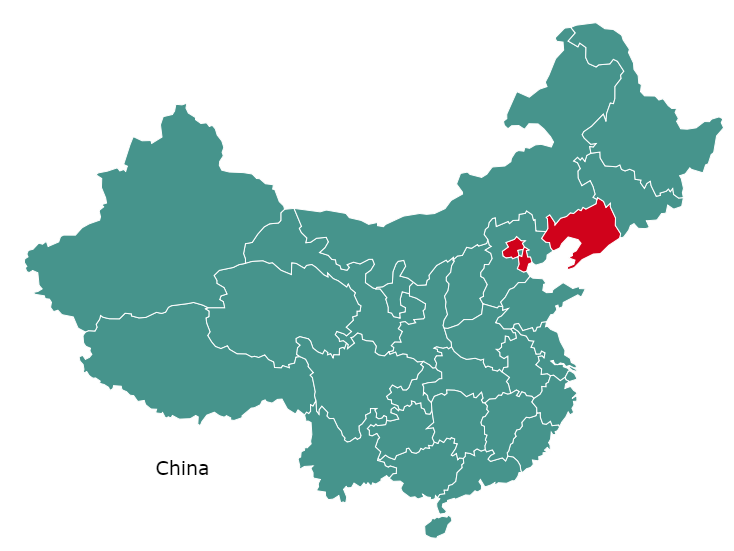 The insights shared here provide examples of the important, and somewhat unexpected, lessons that can be captured if one dedicates the time and resources for evaluation and interaction with demonstration projects across their implementation. As China embarks to restore its waters and environmental quality, and implement its necessary but ambitious new policies, these experiences will be hugely valuable.

China has 15 mega-cities with more than 10 million people. Most use more traditional methods of protecting drinking water sources that focus on point-source treatment, leaving diffuse pollution to fly under the radar and remains very difficult to control.

Our visit to the project site in the Miyun watershed (100km north of Beijing) in March 2016 involved checking the eco-toilet and riparian buffer by the river [Photos]. Both of these elements form part of the shield that protects the drinking water source for the capital city. From discussions with villagers and local decision makers it became clear that we need to put a proper value on ecosystem services for water supply and purification, and that we must not forget the crucial role that rural communities play in directly and indirectly supporting actions to reduce agricultural and domestic water pollution.

Click the map to explore the Miyun Watershed on Google Earth

Buffer Strips before and after construction in Xiaowopu Village, Miyun – Courtesy of IUCN

Through a second project, we learned of a typical case of how industrial water pollution control processes can fail to keep water clean – a problem that can be seen in numerous catchments across China. In the Tieling District, Liaoning Province, the local Environment Protection Bureau (EPB) explained their historic practices of pollution permit allocation, where a standard pollution limit allocation was determined by the industry type and size. The problem was that many more permits were issued than should have been, considering the existing capacity for water treatment and the carrying capacity of the catchments where the factories effluent entered. As a result, they need to remediate the water, increase treatment, refine existing permits and withdraw many more (while also shutting down factories that either do not have or do not comply with a permit at all). An integrated permitting system is under development; one that considers the ecology of the local water body as well as the existing and planned water treatment capacity. The lead project partner, the Chinese Research Academy of Environmental Sciences (CRAES), supported the local EPB by providing calculations for the treatment capacity and crafting suitable reformed permits.

Still, challenges lay ahead in determining which permits to revoke, navigating the negotiation process with factory owners and local governments, and the implementation of a new permitting system. Additionally, which organization under the Ministry of Environmental Protection should be responsible for supporting the different functions (such as the water quality monitoring and carrying capacity of the catchment) needs to be clarified. One recommendation is to assign this task, with sufficient financing and mandate, to organizations like CRAES who can support local EPB’s – a solution that can be replicated across the country.

China’s water stress is on the rise, and mega-cities need to start reusing water. In the third project we visited, carried out by the Tianjin Academy of Environmental Sciences together with Swedish IVL in the Tianjin Binhai New Area demonstrated innovative technical solutions to re-use more water and lower flood risk. Beyond the technical specifications, they also made insights into some of the regulatory measures that could be enacted that would make it easier for more authorities to be compelled to find and use diverse solutions that can be available. They concluded, for example, that water reclaimed with the help of wetlands should be acknowledged as a water resource under China’s water law. This would give it a firm legal status and improve standards of quality, supervisory measures and legal liabilities for the utilization of reclaimed water.

Making such observations and recommendations were not the primary objective of the project, but are the types of practical insights that follow testing the implementation of potential solutions at the local level. The importance of capturing that type learning and connecting it to the national policy making is easy to see, but hard to do in practice without a dedicated effort made to engage the relevant national agencies and ensure it is specifically incorporated within a project’s design.

China needs to absorb this type of learning quickly. The country, at large, is short on water, short on time and has a public that is short on patience while they wait to see clean rivers. It is a massive battle that comes at high costs and long odds to win quickly, but there is plenty riding in China’s favour, too.  There is no shortage of political urgency, there are huge sums of money being invested into improvements to technical solutions that treat and remediate water.

Similar recipes have been seen in Europe, in cities such as Stockholm, where the local water sources went from toxic to the touch to (almost) clean enough to drink. China’s scale and speed of general development, however, make it a steeper hill to climb. Their success will be ultimately determined by the ability of the government to build systems that ensure the required institutional coordination and capacity for implementation at the provincial and local level. This will be where the action plan translates into real results. There is a lot to learn from European experiences, but each Chinese city and province that succeeds in the quest for clean water will become a new role model instructing on the art of winning a war on pollution from so far behind.

A brief history of soil and water

What is “loss and damage” in climate action and what does it mean for water?

What does COP27 mean for water?

COP27 is a (small) breakthrough for water in climate action

Human rights and water resources for a healthy and sustainable environment: What SIWI does in the field

The human right to a safe, clean, healthy, and sustainable environment: the legal nitty-gritty

Human rights, water resources, and governance for a healthy and sustainable environment

Governing aquifers across borders is critical for cooperation and peace