In 2011, the Swedish Water House conducted a mapping of regional and international actors working in transboundary water management (TWM), which aimed to assist the identification of knowledge gaps and needs for further actions that could lead to more informed decision-making in water management. It also sought to promote objective decision-making, thereby helping to form a framework for resource allocation in TWM. Based on the mapping a database was created.

The on-going activities of 94 actors, and more than 700 transboundary river and lake basins, aquifers and large marine ecosystems1 can be found in the database. Similar efforts made previously have focused on legal frameworks or on capacity building through sharing project information (IWLEARN, 2012; WWF et al., 2010; UNWAIS, 2012; TFDD 2007). 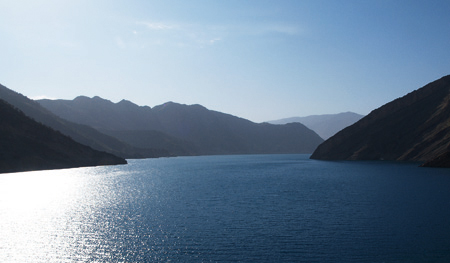 The TWM mapping and database takes a broader focus and an actor-based approach. The complexity and significance of TWM have been reiterated by researchers, politicians and water professionals. The socio-economic disparity as well as power asymmetries between the riparian countries is one of the obstacles to cooperation of TWM institutions. The development of physical infrastructure is often a sensitive issue, but one of the main driving forces of cooperation in some cases.

This report analyses the findings from the database. It shows that more actors working with transboundary water issues focus their efforts on Africa than in any other region. Furthermore, most activities are located in transboundary rivers, while other basin types receive less attention.

The three basins with the largest number of actors working with TWM are the Nile, Volta and Mekong. According to the analysis of three basins with the most active number of TWM actors (the Nile, the Volta, the Mekong River Basin), the utilitarian approach appears to be the most prominent objectives of the current actors activities. Activities to maintain ecological sustainability are more prevalent in the Mekong River Basin, where information management has been successful and led by the strong institutional capacity of the transboundary basin organisation, Mekong River Commission.

Conflict prevention activities are not as prominent in practice as they are in academic literature on transboundary water issues. None of the actors in the database involved in the Nile, Volta and the Mekong, are focused on conflict prevention as their main objective. Actors also provide different tools aimed to support transboundary water management, often in the form of publications. Most of the tools developed are broad and cover several aspects of TWM. The most common are tools providing information on how to construct legal.

The report shows that more actors working with transboundary water issues focus their efforts on Africa than anywhere else. Of the ten basins with the largest amount of active TWM actors, only one is located outside Africa. Furthermore, most activities are located in transboundary rivers, while other types of transboundary basins, such as aquifers and large marine ecosystems, receive little attention from TWM professionals. The three basins that receive most attention by the actors are the Nile, the Volta, and the Mekong River Basin.

Visions of water – seeing the unseen

Laying the Bedrock of Transformation: Women in Water Diplomacy network 2013-2021