The International Centre for Water Cooperation (ICWC) is part of the UNESCO International Hydrological Programme’s Category 2 Centres family, with 39 centres focusing on water.

It is the only UNESCO Centre located in Sweden and the first devoted to issues of transboundary water management in connection with peace, conflict, and regional development.

The Centre operates on the basis of a tripartite agreement between the Government of Sweden, UNESCO and SIWI. Human resources carrying out activities are sourced from SIWI staff. They work in cooperation with partners from regions, other international knowledge institutes and academia.

ICWC was established in 2014 as an independent research institution through a tripartite agreement between UNESCO, the government of Sweden and SIWI.

An important part of ICWC is the Research School for International Cooperation, hosted by the Department of Peace and Conflict Research at Uppsala University. The research school provides in-depth research on water cooperation with a primary focus on water for peace and development.

ICWC is governed by an international Board consisting of eight representatives from academia, governments, and civil society.

The International Centre for Water Cooperation envisions a world where water is peacefully shared, used and protected for the well-being of people, society, and nature.

The International Centre for Water Cooperation’s mission is to generate and share knowledge on the state, trends, and benefits of water cooperation and strengthen capacity of technical and political actors for increased cooperation on shared waters.

The long-term goal of ICWC is to contribute to the implementation of the 2030 Agenda for support of economic development and welfare of developing countries.

The intermediate goal is to contribute to the implementation of the ninth phase of the UNESCO Intergovernmental Hydrological Programme (IHP-IX), covering 2022-2029.

All the 17 sustainable development goals (SDGs) of the 2030 Agenda are partly or fully underpinned by the need for good water governance. However, for ICWC the long-term goal focuses particularly on SDG 6 (Clean water and sanitation), SDG 13 (Climate action), and SDG 16 (Peace, justice and strong institutions).

The work towards achieving the objective builds on two groups of strategic activities with the intention to develop and advance knowledge on transboundary water cooperation through carrying out own research and through compilation of existing research results. The knowledge produced and compiled will form basis for capacity building and policy support of target audiences.

The ICWC Theory of Change outlines anticipated positive linkages between generation and dissemination of knowledge on water cooperation. When this knowledge is used to support capacity building of technical and political actors it will help pave the way for informed decisions, increasing the willingness and ability to cooperate on shared waters for the benefit of socio-economic development.

As part of the theory, ICWC anticipates that a target audience who is well equipped with knowledge on sustainable management of shared water resources is more likely to make decisions towards sustainable governance of such resources. Anticipated outcomes will be improved water cooperation, which may lead to less conflict and tension, with positive effects both at national and regional levels. Improved governance of shared water resources will in turn contribute to more effective implementation of the 2030 Agenda as well as economic development and welfare of developing countries. 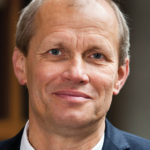 Former Ambassador at the Swedish Ministry for Foreign Affairs and Head of the Department for Development Policy, Mr Torgny Holmgren became SIWI’s Executive Director in 2012.

He has served as an expert or board member of the World Economic Forum Global Agenda Council on Water, the European Advisory Group of the Bill & Melinda Gates Foundation and Water Aid, Sweden. He has also been a Permanent Observer in the Board of Governors of the World Water Council. A Swedish national, Holmgren has extensive experience working in East Africa, South Asia, Europe, and North America. Before joining SIWI, Holmgren worked for the World Bank and the Swedish Ministries of Foreign Affairs and Finance. He has recently served as Sherpa in the UN Secretary-General’s High-Level Panel on Global Sustainability. Holmgren has studied at the Stockholm School of Economics, with over 30 years of experience in economic and development issues. 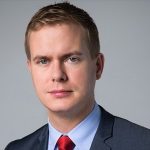 Mr Gustav Fridolin, Representative of the Government of Sweden

Fridolin is teaching history and religion at the adult popular education organized by the Swedish charity organization Stockholm City Mission. He is also a part-time doctoral student in Education at Gothenburg University, and a member of the executive board of the European Association for the Education of Adults based in Brussels. He serves as the Chairperson of the Advisory Board to Stockholm Municipality on Agenda 2030. Fridolin was elected Member of Parliament in 2002 for the Green party. Between 2011 and 2019, he was co-leader for the Green party and from 2014 he served as Minister for Education in the Swedish government. During his time in the government, he was responsible for the Swedish relationship with UNESCO. He has published six books, about politics, including sustainable industry and environmental politics. 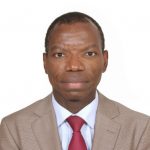 Dr Amani is the Director of the Division of Water Sciences at UNESCO, based in Paris. He is also Secretary of the Intergovernmental Hydrological Programme (IHP). Dr Amani is a civil engineer and graduate from the Ecole Polytechnic of Thies in Senegal (1990). He holds a PhD on civil engineering with focus on hydrology and water resources from Polytechnic of Montreal in Canada (1995). He also holds the title of “Maitre de recherche” which is equivalent to senior researcher or Associate Professor, granted by CAMES (African Higher Education Council). He joined UNESCO in 2006, first as a Science Programme Specialist in Accra, Ghana. He was later in charge of IHP for the Sub-Saharan Africa based in Nairobi. Consequently, he moved to the headquarters in Paris as Chief of Section on hydrological systems and water scarcity within the Division of water sciences, and then Chief of Executive Office of the Natural Sciences Sector. Before joining UNESCO, he worked at AGRHYMET regional centre in Niamey as a regional hydrologist, Head of Water unit and Scientific Coordinator. He worked for three years at the Institute of Research for Development as a researcher and visiting scientist. He has been a member and contributor of various committees, initiatives and panels among others: World Water Council), IPCC and World Water Development Report. He has many years of research and teaching, and he is the author of over 50 scientific papers. 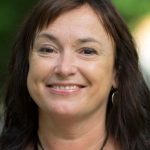 Dr Tora Holmberg, Vice-Rector at Uppsala University and Professor at the Department of Sociology

Tora Holmberg is the Vice-Rector for Humanities and Social Sciences at Uppsala University. She is also a Professor at the Department of Sociology. Dr Holmberg undertakes research within science and technology studies, urban theory, human-animal relations, and environmental sociology. Her most recent work investigates the circular economy of wastewater and food waste. 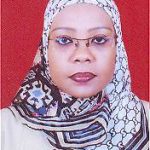 Dr Musnad is the Director of the Research and Innovation Department at UNESCO Chair in Water Resources, Omdurman Islamic University, Sudan. She has more than 19 years of experience as a researcher and over 6 years as a consultant at KIMA consultancy. She serves in the Secretariat of the Integrated Water Resources Management Network-Sudan (IWRM-Net-SD). She is a key member at Women in Water Diplomacy Network in the Nile Basin, at the Stockholm International Water Institute. She holds aMasters from University of Dar es Salaam, Tanzania (1998) and a PhD in Water Resources Engineering Development and Management (2016) from UNESCO Chair in Water Resources, OIU- Sudan. Her technical experience is extensive with knowledge about Integrated Water Resources Management, water quality and water supply, and hydrological and hydrogeological models such as MODFLOW, HEC-RAS, HEC-HMS, Q2K as well as GIS. Her research includes work with Riverside Company (USA) for ENTRO-NBI and the Nile Basin Capacity Building Network-River Engineering Project. In addition, she is a lecturer in an M. Sc. Program in Environmental Engineering. 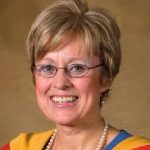 Aaron Wolf is a professor of geography in the College of Earth, Ocean, and Atmospheric Sciences at Oregon State University, with an appointment as Professor of Water Diplomacy at IHE-Delft Institute for Water Education. He has an M.S. in water resources management (1988, emphasizing hydrogeology) and a Ph.D. in environmental policy analysis (1992, emphasizing dispute resolution) from the University of Wisconsin, Madison. His research focuses on issues relating transboundary water resources to political conflict and cooperation, where his training combining environmental science with dispute resolution theory and practice have been particularly appropriate. Wolf has acted as consultant to the US Government, the World Bank, the US Bureau of Reclamation, and several international governments and development partners on various aspects of water resources and conflict management. 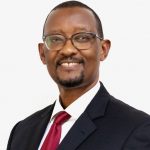 Dr Kanangire is the Executive Director of the African Agricultural Technology Foundation. Prior to this he was the Executive Secretary of the African Minister’s Council of Water  before which he was the Executive Secretary of Lake Victoria Basin Commission, an inter-governmental institution under the East African Community, mandated to promote sustainable development and poverty eradication in the Lake Victoria Basin. He holds a master’s and a PhD in Aquatic Sciences, with specialization in Freshwater Ecology, Aquaculture and Wetlands Management, both from the University of Namur, Facultes Universitaires Notre-Dame de la Paix, Namur (Belgium). He also holds a University Degree (Licence) in Biology with a major in Environmental Sciences and an Undergraduate Certificate (Graduat) in Biology and Chemistry from the Institut Supérieur Pédagogique de Bukavu, in D.R. Congo. He is an expert in water resources management, especially in international waters management – (river/lake basin management) and in transboundary natural resources management.

With a fresh six-year agreement with its partners, ICWC launches a new strategy for 2021 - 2026 to improve cooperation among shared waters, economic development, security and welfare among developing countries.